The ion exchange method uses a spherical resin (ion exchange resin) to filter the raw water, and the ions in the water are exchanged with the ions fixed on the resin. Two common ion exchange methods are hard water softening and deionization. Hard water softening is mainly used in reverse osmosis (RO) treatment to reduce the hardness of the water before a pre-treatment process. The spherical resin in the softener softens the water by exchanging two sodium ions with one calcium ion or magnesium ion.

Activated carbon is usually combined with other treatment methods. When designing a pure water system, the configuration of activated carbon and other related purification units is an extremely important item.

Due to the different functions of the above three filter membranes, it is very important to distinguish between the filters. Since deep filtration is a more economical way, it can remove more than 98% of the suspended solids while protecting the downstream purification unit from corruption or blockage, so it is usually used as a pre-filtration treatment. Surface filtration can remove more than 99.99% of suspended solids, so it can also be used for pre-filtration or clarification. Microporous membranes (sieve filters) are generally placed at the final point of use in the purification system to remove the last remaining trace resin fragments, carbon chips, colloidal particles and microorganisms. For example: 0.22μm microporous membrane, which can filter all bacteria, is usually used to sterilize intravenous fluids, serum and antibiotics.

The microporous membrane removes particles according to its pore size, while the ultrafiltration (UF) membrane is a molecular sieve, which uses the size as the basis to allow the solution to pass through a very fine filter membrane to achieve the purpose of separating molecules of different sizes in the solution.

Ultrafiltration membrane is a strong, thin, and selective permeable membrane that can retain most of the molecules above a certain size, including colloids, microorganisms, and heat sources. Smaller molecules, such as water and ions, can pass through the membrane. Therefore, the ultrafiltration method can concentrate the macromolecules in the retentate, but some macromolecules will still leak into the filtrate.

The reverse osmosis (RO) method is the most economical method that can achieve 90% to 99% impurity removal rate. The filter pore structure of RO membrane is denser than that of UF membrane. RO membrane can remove all particles, bacteria and organic matter with a molecular weight greater than 300 (including heat sources).

RO membrane can perform ion exclusion, so that only water can pass through the RO membrane, and all other ions and dissolved molecules are trapped and eliminated (including salts and sugars). RO membrane eliminates ions by charge reaction. The greater the charge, the higher the rejection. Therefore, the RO membrane can eliminate almost all (>99%) strong ionic high-valent ions, but for weakly ionic monovalent ions (such as Sodium ion) is only 95% effective. Different influents require different types of RO membranes. RO membranes include cellulose acetate or a mixed thin-layer polymer of polythiamine and polysulfone matrix. 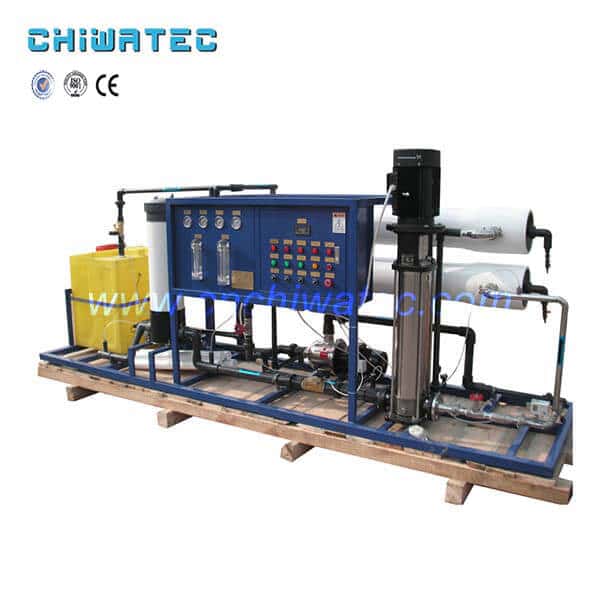