Ferrite technology is developed based on the principle of ferrite production. Add excessive FeSO4 to Cr-containing wastewater to reduce Cr6+ to Cr3+ and Fe2+ to oxidize to Fe3+. Adjust the pH to about 8, so that Fe ions and Cr ions produce hydroxide precipitation. Stir in air and add hydroxide to react continuously to form chromium ferrite. The typical processes are batch and continuous. The sludge formed by the ferrite method has high chemical stability and is easy to separate and dehydrate the solid and liquid. In addition to the ferrite method for treating Cr-containing wastewater, it is especially suitable for electroplating mixed wastewater containing heavy metal ions. my country has applied the ferrite method for decades, and the treated wastewater can reach the discharge standard, and it is widely used in the domestic electroplating industry.
The ferrite method has the advantages of simple equipment, low investment, simple operation, and no secondary pollution. However, heating (about 70oC) is required in the process of forming ferrite, high energy consumption, high salinity after treatment, and the disadvantage of not being able to treat wastewater containing Hg and complexes.

The treatment of Cr-containing wastewater by electrolysis has a history of more than 20 years in my country. It has the advantages of high removal rate, no secondary pollution, and recyclability of the deposited heavy metals. There are about 30 kinds of metal ions in wastewater solutions that can be electrodeposited. Electrolysis is a relatively mature treatment technology, which can reduce the amount of sludge generated, and can recover metals such as Cu, Ag, and Cd, and has been applied to wastewater treatment. However, the cost of electrolysis is relatively high, and generally the economic benefits of electrolysis after concentration are better.
In recent years, the electrolysis method has developed rapidly, and in-depth research has been conducted on the internal electrolysis of iron filings. The dynamic wastewater treatment device developed by the principle of internal electrolysis of iron filings has a good removal effect on heavy metal ions.
In addition, the High Voltage Electrocagulation System (High Voltage Electrocagulation System) is a new generation of electrochemical water treatment equipment in the world today. It can treat Cr, Zn, Ni, Cu, Cd, CN-, etc. Pollutants have a significant control effect. Compared with the traditional electrolysis method, the current efficiency of the high-voltage pulse electrocoagulation method is increased by 20%-30%; the electrolysis time is shortened by 30%-40%; the electric energy can be saved by 30%-40%; the amount of sludge generated is less; the removal rate of heavy metals can reach 96% One 99% [3].

Solvent extraction [4] is a commonly used method for separating and purifying substances. Due to the liquid-liquid contact, continuous operation is possible, and the separation effect is better. When using this method, it is necessary to choose an extractant with a higher selectivity. The heavy metals in the wastewater generally exist in the form of cations or anions. For example, under acidic conditions, complex reactions occur with the extractant and are extracted from the aqueous phase to the organic phase. , And then back-extracted to the water phase under alkaline conditions to regenerate the solvent for recycling. This requires careful selection of the acidity of the aqueous phase during extraction operations. Although the extraction method has great advantages, the loss of solvent in the extraction process and the large energy consumption during the regeneration process make this method have certain limitations and its application is greatly restricted.

The adsorption method is an effective method to remove heavy metal ions by using the unique structure of the adsorbent. The adsorbents used to treat electroplating heavy metal wastewater by adsorption method include activated carbon, humic acid, sepiolite, polysaccharide resin and so on. Activated carbon is simple in equipment and widely used in wastewater treatment. However, the regeneration efficiency of activated carbon is low, and the treated water quality is difficult to meet the reuse requirements. It is generally used for the pretreatment of electroplating wastewater. Humic acid substances are relatively inexpensive adsorbents, and humic acid is made into humic acid resin to treat Cr-containing and Ni-containing wastewater with successful experience. Related studies have shown that chitosan and its derivatives are good adsorbents for heavy metal ions. After the chitosan resin is cross-linked, it can be reused 10 times without significant reduction in adsorption capacity [5]. Using modified sepiolite to treat heavy metal wastewater has a good adsorption capacity for Pb2+, Hg2+, and Cd2+, and the heavy metal content in the treated wastewater is significantly lower than the comprehensive sewage discharge standard. It is also reported in the literature that montmorillonite is also a good clay mineral adsorbent. The removal rate of Cr 6+ by aluminum-zirconium pillared montmorillonite under acidic conditions is 99%, and the Cr 6+ content in the effluent is lower than the national emission. Standard, with practical application before heat [6]. 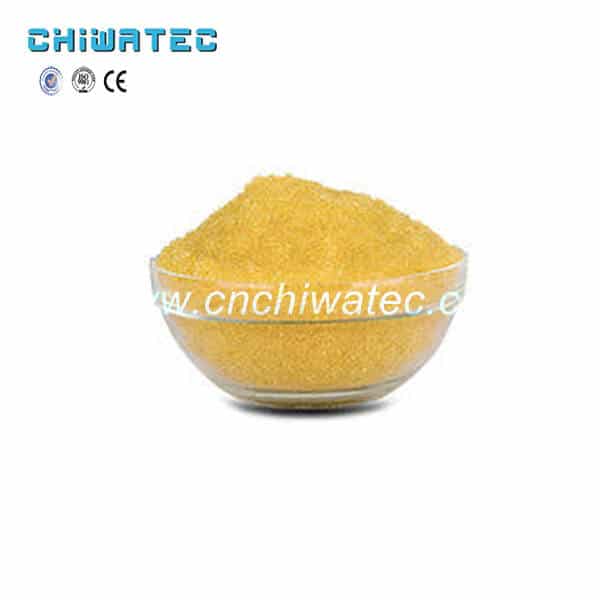